Are you interested in playing tabletop games? Here's your chance to get involved with a new group who will be meeting up to play tabletop role playing games and board games. 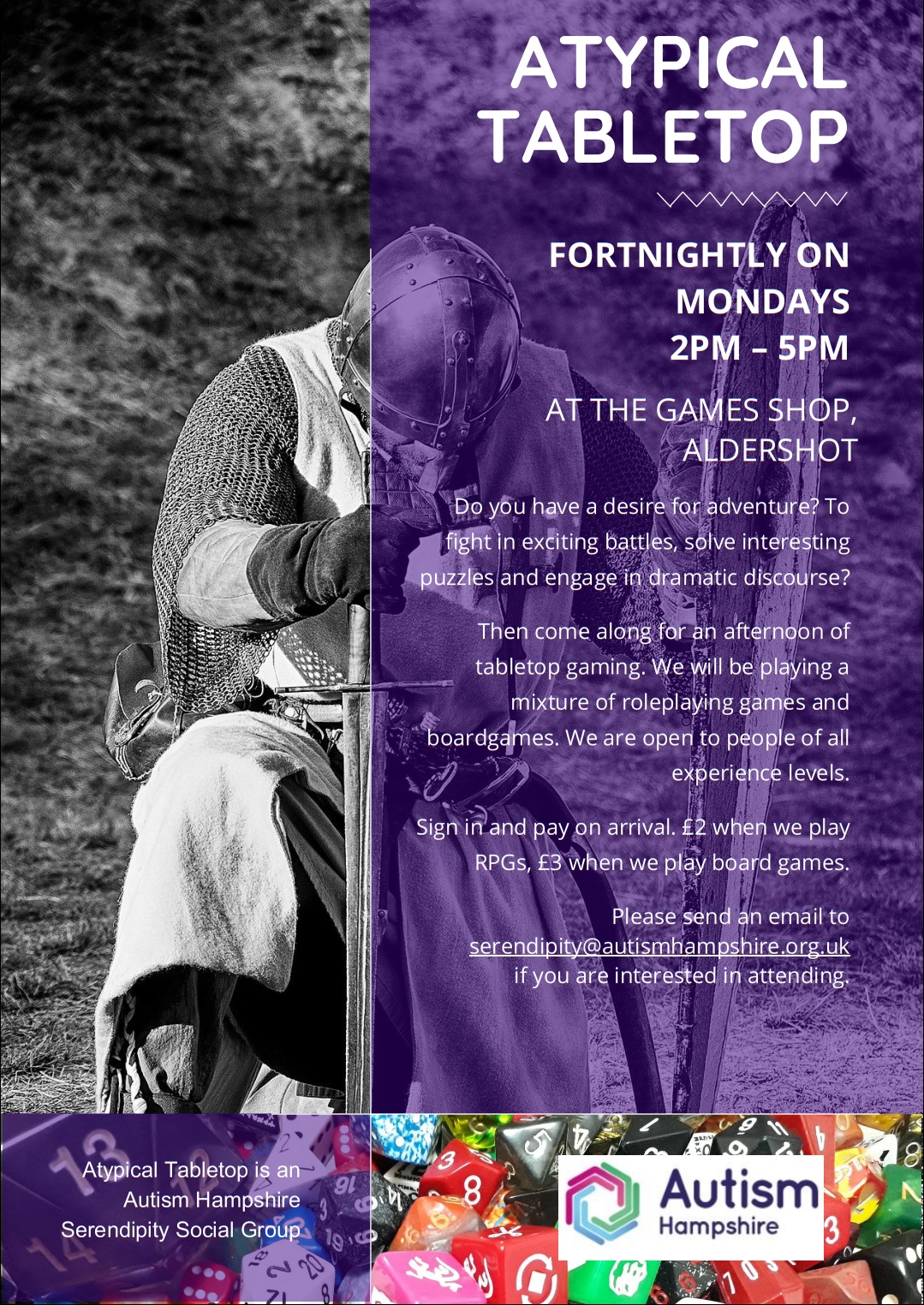 When most people hear board games they probably think of things like scrabble and monopoly, but board games have come a long way since 1948 (scrabble) and 1902 (monopoly). In recent years there has been a board game resurgence, and now there are games of various depths to suit all tastes.

In a tabletop role-playing game all of the players assume the roles of different characters and are guided around a fantasy world by a Game (or Dungeon) Master. The Game Master describes the world to the players, and acts as the other characters in this world. Whenever there is a conflict of any sort it is resolved through a roll of the die.

We will be meeting fortnightly on Mondays from 2-4 pm at The Games Shop in Aldershot to play tabletop role-playing games and board games, although other tabletop games will be considered depending on the demand. There is a cost of £2-3 per person, per week, dependent on the game. This is a fee charged by the game shop for use of their space and is payable on the day (no advance booking needed). It's £3 each when we are playing board games (including use of the games in the shop) and £2 each when we are playing role-playing games.

The group is open to players of all experience levels. Whether you have never played a tabletop game in your life or you are a die hard tabletop gamer, come along and give it a try. We have a potential opportunity to have a Serendipity group multi-sports session in Southampton. Active Nation currently offers this session as an open session, but would be willing to make this a Serendipity, autism only group, if we can get a group together. I think it would be really nice to get a more active group going, but need to see if there are a few people who would commit to come along. Do let me know if you are interested and share this widely with anyone who might be interested.